Juan Vargas at his New job as IT professional

Juan Vargas goal was to update his technology skills and obtain IT certifications. While participating in the BACK TO WORK 50+ program,  Juan Vargas enrolled on an WIOA approved, IT-training program. While studying, we coached him and gave him job leads and referrals to jobs. He was referred to an IT position  and 2 weeks later, he obtained his target job as IT technician for a local school. He continued attending classes to complete his Information Technology training program while already working in his ideal field. 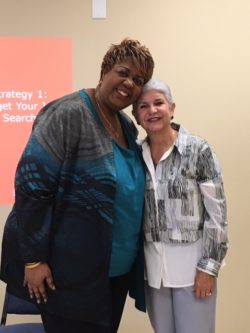 Janet Carter, was a 59 years old professional with a solid background in social services at senior management level for 22 years.  She came to the BACK TO WORK 50+ program when she was few months unemployed. She was from the time of hard copies resumes. When she first started in the job market 22 years ago,  people did not need technology to search for jobs. Mrs. Carter was applying to management level jobs with a 3-page resume and little knowledge about how the job market had changed in the last few decades. “I did not know anything about LinkedIn, or about key words needed in resumes, or that I had to customize my cover letter for every application”, she says. All her friends had jobs and an established life, so she had no support. In the program, she learned to build a more functional resume according to the positions she was applying for. She made friends and updated her interview skills. In addition, Ms. Carter obtained the support she needed at the most difficult time. Her coach called her before and after each interview and helped her to be patient, to be positive and to have courage. The support that she received helped her get her confidence back. Ms. Carter had worked for the State of Florida and only needed to work 1 year to qualify for the retirement program of the state. “learning that I only need 1 year changed my whole mentality about job-searching” she says.  With our help, she learned to target her job. She obtained her ideal job at the Broward County Department of Health “Now that I got this job I am getting calls from many other companies”. Ms. Carter is happy in her new position, she visited our office to inspire a new group with her story and she taught us a valuable lesson:  “We create tomorrow by what we dream today”. 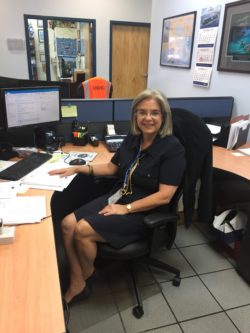 Andreina Iniguez at her new job

Andreina Iniguez, is a 56 years old lady with a solid work history in the area of purchasing and procurement from her native country Venezuela. She came to the United States in the year 2004 hoping to build a better life. However, despite her knowledge and work history in the procurement field, she was unable to land a job opportunity. In addition, her computer skills were outdated. After getting rejected multiple times, she settled for a series of part-time or commission-based jobs in the area of insurance, while she kept applying for jobs in the administrative/purchasing field with no luck. With time, she dedicated to the sale of insurance and retirement plans. One day she realized that 12 years had passed already and she did not have financial stability. She became part of the BACK TO WORK 50+ program. At that point, Andreina’s resume looked inconsistent and with lack of focus conveying experience in two seemly unrelated areas: Insurance and procurement. For that reason, she was being rejected over and over. We coached Andreina and helped her to build a better resume and to promote herself more effectively. We also enrolled her in the BTW50+ computer classes. Once ready, we referred her to different positions. Shortly thereafter her coach submitted her for a Purchasing coordinator position at Seaboard Marine, one of the major cruise lines in the area. She landed the job and started working shortly thereafter. When we called Andreina to get feedback about her experience in the BACK TO WORK 50+ program, she said she was happy. “I have the salary and all the benefits that I was looking for”. She said: “Thank you, you found me THE JOB”. 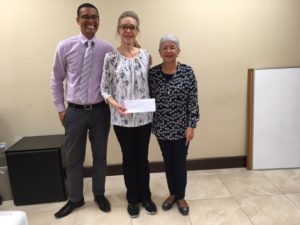 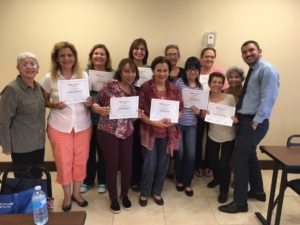